TURISSAM MED is a Health, Tourism and Hospitality specialized agency that facilitates and provides services such as: land transfers, lodging, among others. During your stay you will be provided by an excellent medical attention with an employ network of doctors, clinics, and hospitals that offer competitive prices in medical processes. We are specialized in hispanic patients who search medical attention in Mexico.

Patients search medical attention on this network, they  would benefit in having access and hire doctors, clinics directly and certified hospitals accredited by Mexican Authorities.

Our personnel and staff are aware about giving  you wonderful attention, they know you are here because of your health and giving you the opportunity to know our touristic programs approved by your doctor. 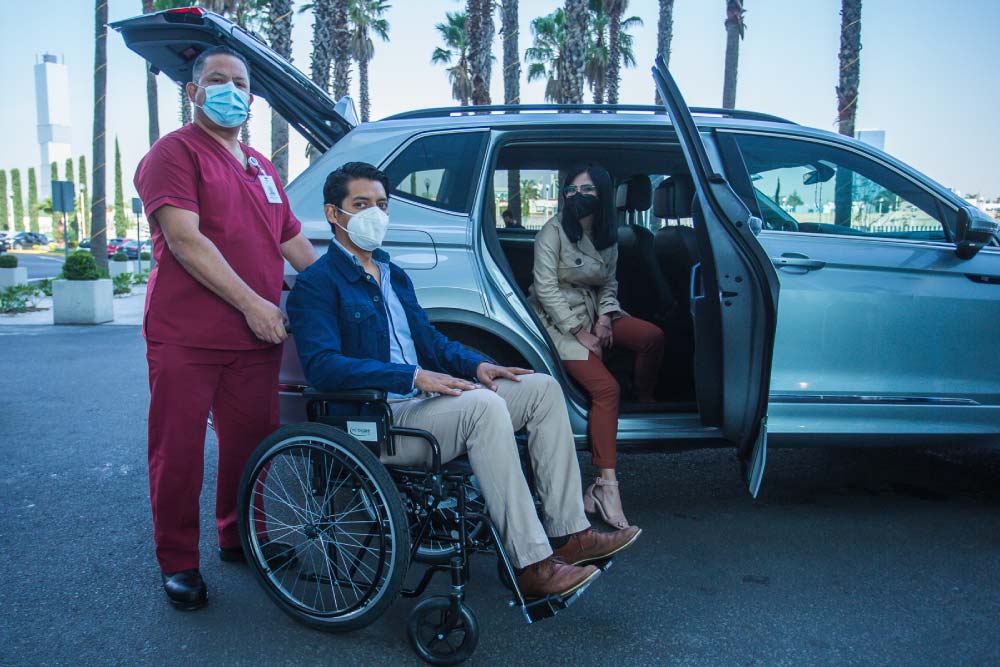 Benefits of being part of TURISSAM MED in Puebla:

Contact directly with doctors, clinics and hospitals that you have selected to coordinate all your touristic services during your stay.

Each case is personalized, so we integrate a package according to the needs of each client that gives us their confidence in each product we offer.

Touristic experiences for our clients and their guests. Those services are managed by TURISSAM so it is not necessary to contract or book each one separately.

Their replacement with artificial joints, made of chrome, cobalt and titanium, along with high-density plastics.

The ends of the knee or hip joint are encased in metal components, and a medical-grade plastic implant is used to create the new cushion in the knee. It is the patient’s own muscles and ligaments that provide the strength and stability to their new knee or hip.

This type of surgery is required when a person has a high degree of impaired function and shape of the knee or hip due to chronic and progressive joint disease (called gonarthrosis) or fractures, which are characterized by severe pain, stiffness, and joint deformity, limitation of movement and instability.

After surgery, patients return to a much more active life since the prosthesis eliminates pain and improves mobility.

Some of the surgical techniques that are performed are the most advanced in the management of malignant diseases, such as radioguided surgery, the use of radionavigation, robotic surgery, sentinel lymph node, resection and radiofrequency ablation of metastases, and regional therapy between others.

Puebla has the only hospital in the region that has this infrastructure for timely diagnosis of cancer, with PET-CT and the most cutting-edge technology in X Ray that allows detecting and measuring the activity of tumors in their earliest stages. early, and objectively measure the response to cancer treatment, in addition to offering radiotherapy treatments.

The Oncology Center offers integral and protocolized management by an interdisciplinary team from diagnosis to treatment in all its modalities, since it has the best and most effective tools for the prevention, timely detection and cure of cancer in early stages, which is why this takes into account the specialists trained in the areas of surgical oncology, medical oncology and radiation oncology.

Parkinson’s is currently a disease without a cure, but the benefits obtained through surgery are clear: it achieves a regression of the condition, significantly improving the quality of life of patients, improvements in movement are produced, as well as a decrease in stiffness and the tremors of the patients.

It also allows medication reduction, which avoids the psychiatric-type side effects of medications.

The first step is to perform magnetic resonance imaging of the brain. The MRI helps to calculate the area where the stimulating electrodes will be inserted. A small incision is made in the scalp and a 1 cm opening is created in the skull (stereotactic) where a guide is inserted to find the precise area to place the electrical stimulators.

Severe disabling excessive sweating is a dysfunction that originates in the regulatory or processing center in the brain, whose stimulus reaches the affected areas at the skin level and stimulates the sweat glands, producing the phenomenon of excessive sweating.

The goal of cosmetic surgery is to improve the appearance of a person, it can be done on the face or the body.

Patients who wish to undergo cosmetic surgery must be healthy, emotionally stable people with realistic expectations about surgery.

Spine Surgery is usually the removal of all or part of the cushioning that helps support part of the spine. These cushions are called discs and they are what separate the bones of the spine.

Lumbar Release and Instrumentation Up to Two Levels

Bariatric surgery makes changes to the digestive system to help with weight loss. It is done when diet and exercise have not worked or when you have serious health problems due to your weight.

Significantly reduces the risk of life-threatening weight-related health problems, such as:

The procedures are performed laparoscopically or robotically assisted, it is a minimally invasive alternative to conventional open surgery, in which a small camera called a laparoscope is used to see inside the abdomen. It is done through small holes in the abdominal cavity.

Migraine is a disease of the central nervous system, which presents with recurrent, throbbing, disabling headaches, accompanied by symptoms such as nausea, vomiting, sensitivity to light or sound, among others.

Surgery to reduce or eliminate migraine is indicated in patients who no longer respond to treatment.

It consists of a minimally invasive technique for the decompression of some of the trigger points that initiate pain due to nerve irritation, distributed in four peripheral areas of the head (frontal, temporal, occipital and nasoseptal).

Some benefits of minimally invasive surgery are as follows:

Some benefits of minimally invasive surgery are as follows:

The da Vinci robotic system improves precision, flexibility and control during the operation and allows the surgeon to see the site better, compared to traditional techniques. By using robotic surgery, surgeons can perform delicate and complex procedures that might have caused complications using other methods.

How we minimize the risks in medical tourism

Tell us about what procedure you would like to have.

Request a free virtual consultation, the staff will assist you, just fill out this from:

With this information, we finalize details prior to your consultation with a medical professional in Mexico. 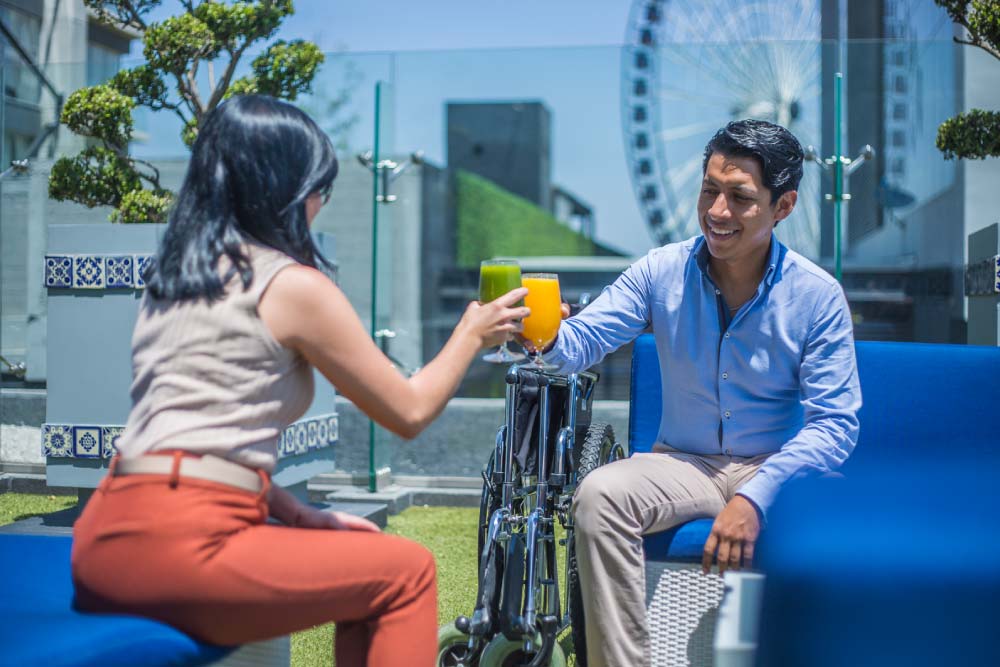